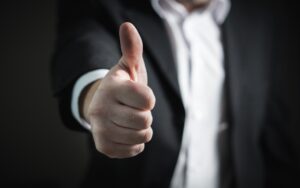 From the Board room to the Ballroom, DeSantis Entertainment has the experience and sophistication to help you plan and execute a party that will have your employees thrilled to talk about it months after the event is over. Whether you are in the market for a high-energy interactive dance party, or a low-key background music affair, DeSantis Entertainment can provide the appropriate solution. We work closely with your planning committee to help create the perfect music and entertainment program. During the planning procedure we strive to understand your company’s corporate culture.

Some of Our Past Clients Include

Regardless of whether you are experiencing a company expansion, the retirement of one of your top officers, an awards banquet, company picnic or any other event where music is required DeSantis Entertainment will be happy to help you orchestrate your party!

Management will enjoy working with us since we only utilize contemporary digital sound reproduction equipment that can be acoustically matched to handle a group of 25 to 250 guests.  Coupled with an ever-expanding digital musical library spanning 100 years beginning with the 1920’s to current hits, the complete success of your event is ensured!  For further peace of mind, DeSantis Entertainment carries a two-million-dollar liability insurance policy for YOUR protection.

Whether you company is planning a Holiday party or a summer picnic, through DeSantis Entertainments online planning tools your committee can research thousands of songs for play consideration at your most important event.  Unless otherwise instructed we like to kick the party off with background music during cocktail and dinner at a low volume, so guests do not have to try to talk over the music.  For holiday parties we usually play a mixture of festive holiday tunes and other soft style music during cocktail and dinner, however the final playlist is always decided by our clients.

If you need more than music, ask about our exciting add-ons such as Karaoke, Music Videos (played on a 50-inch screen) up lighting and dance floor lighting wash.  Other options can include casino night, wandering magician and other activities.

Let us help you design a fun-filled show that is guaranteed to exceed your wildest expectations.  If you need team building games, we will be happy to coordinate them with you.  We also meet with you at your place of business if you like to discuss the details of your event and how to best accomplish your corporate party goals.

Let's Customize Your Wedding Music together ....

We’ll take all your song suggestions and create a full song list touching every memory that will make your wedding an outstanding experience!

Discover How Fun & Easy Your Entertainment Will Flow At Your Event!

Visit our links to our social media and partner sites to learn more how we can help you have the finest wedding event experience!